During the annual CF/R and CPD Christmas Dinner, several members of both agencies were recognized.

CPD Officer Matt Wright was awarded as the 2017 Centerville Police Department's Officer of the Year. 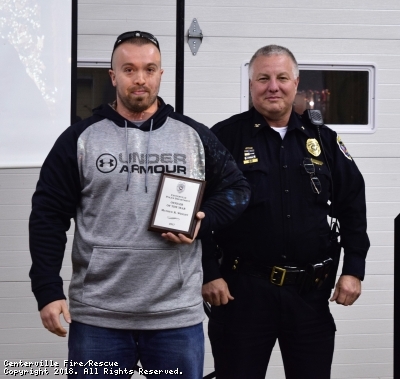 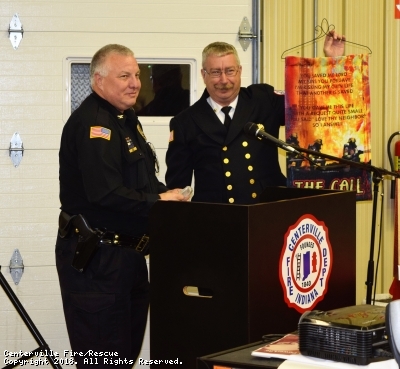 Lt Anthony Smith was honored for 10 Years of Service. 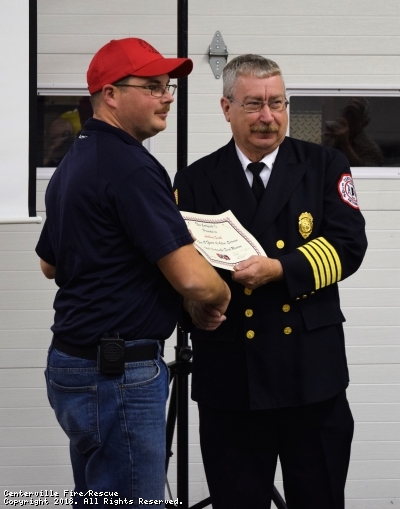 Capt Duane McDonald was honored for 25 Years of Service. 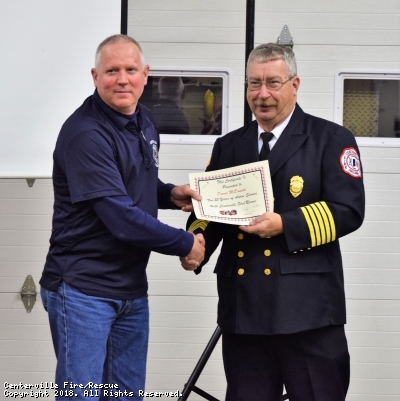 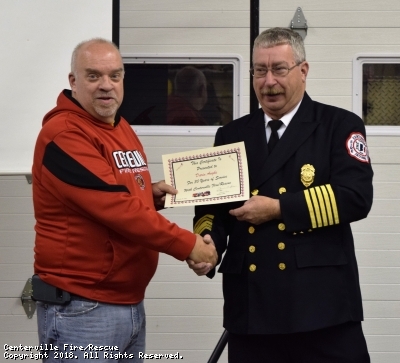 Honorary Firefighter Jack Cox was honored for 30 Years of Service. 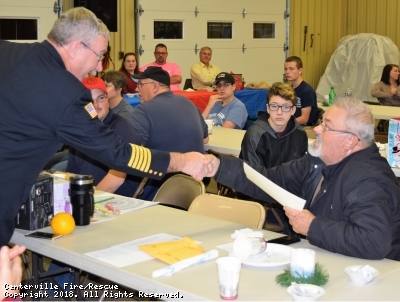 Firefighter and EMT-Basic Marc Cromis was awarded as 2017 Co-Firefighter of the Year. 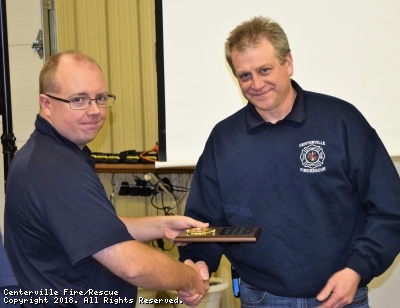 Firefighter and EMT-Basic Jimmy Lawrence was also awarded as 2017 Co-Firefighter of the Year. 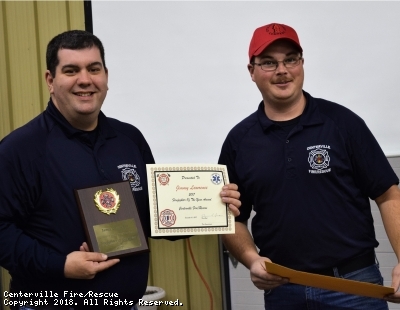 The children got to visit with a Jolly Old Man in a Red Suit. Each went home with an orange and a gift. 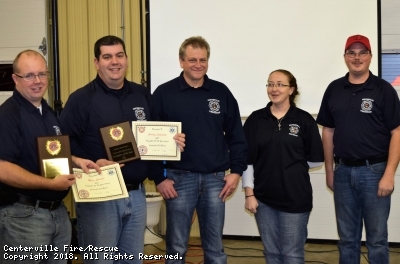 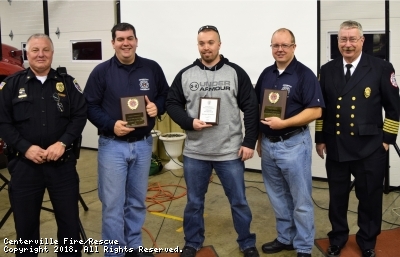 This site has been viewed 158,390 times.
Calls
Pictures
Apparatus
Maintained by the members and staff of Centerville Fire/Rescue. Designated trademarks and brands are the property of their respective owners. Copyright © 2006-2022. YourFirstDue Inc. All Rights Reserved. Content on this web site is supplied by Centerville Fire/Rescue. YourFirstDue Inc. cannot be held responsible or liable for any content, text, pictures, or any other media found on this web site.
Management login
Powered by